A cold collation of Donald Trump (1)...with some movie references

From Maximum Bob (way back in 1991), one of Elmore Leonard's acute and droll tales of life among the rich, famous, bent and violent in Florida, comes this exchange:

Before they ate and were driving around West Palm, Dale had pointed out the building Barnett Bank was in, its shiny black glass rising above old structures around it, and said, “You know what they call that building? Darth Vader.” And Elvin had said, “Who’s Darth Vader?” Dale could see how he might not have heard of Donald Trump in prison, but everybody in the world knew who Darth Vader was. Either one, though, was hard to explain, so Dale let it go. Elvin wasn’t interested anyway.

The Guardian reports on an expose by Hollywood pinko George Clooney about Trump. An extract:


George Clooney has accused Donald Trump of being part of the Hollywood elitehe has regularly criticized, adding that his chief strategist Steve Bannon is “a failed film writer and director.” 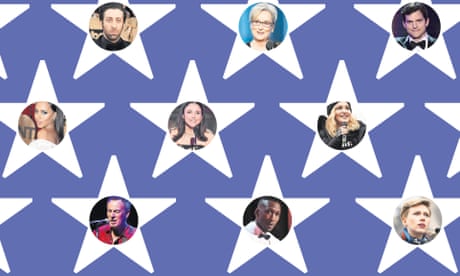 The new culture war: how​ ​Hollywood took on​ ​Trump


Read moreIn an interview with Canal+, the actor claimed that Trump benefits from his membership of the Screen Actors Guild pension scheme and makes a substantial sum each year from it. “He collects $120,000 a year in his Screen Actors Guild pension fund. He is a Hollywood elitist,” he said.
According to a disclosure the president released in 2015 he received $110,228 from the union, but it’s not clear whether this amount was an annual fee or a combined total.
Trump has made multiple appearances on the small and big screen from his film cameos in Home Alone 2, to turns in The Fresh Prince of Bel Air and his most well known role as himself on the Apprentice. His work on the Apprentice and the Celebrity Apprentice reportedly earned Trump $213.6m over 11 years, and along with his other work made him eligible for a pension from SAG.
A foreign correspondent reports this little jest going round the US capital...


Trump reflects. Finally he says: “But what’s in it for me?” 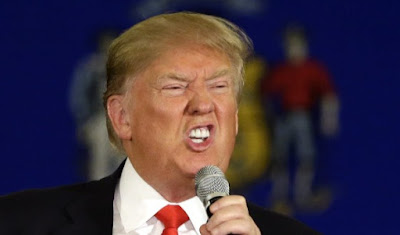