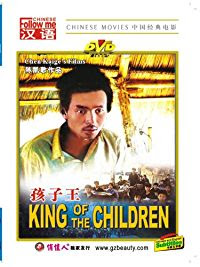 Asian new waves
A new season at the Art Gallery of NSW features films from China Taiwan and Iran. As per usual with the AGNSW, the season has to chime in with something else happening at the Gallery. On this occasion the season takes place in association with the exhibition Beyond words: calligraphic traditions of Asia, on display until April 2017.

The films to be shown are all 35mm prints which has its own point of interest. In a number of cases the copies will be those lodged with the National Film & Sound Archive by the former commercial rights holder after the rights have expired. The copies will have been made in the year of production and thus will have been subject to wear and tear and to any fading of the print over time. 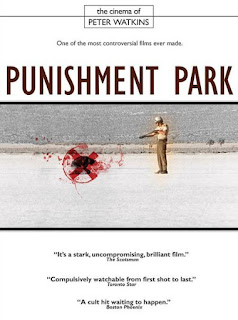 INAUGURATION OF THE DISPLEASURE DOME: COPING WITH THE ELECTION
The arthouse cinema strikes back. At New York’s Anthology Film Archives, the first anti-Trump seasons of films. To coincide with Trump’s inauguration the institution announced “several different cinematic methods of coping with the inauguration. We’ll mark the weekend with a variety of politically-relevant films, including dystopic alternate-reality or cautionary tales such as IT HAPPENED HERE, PUNISHMENT PARK, and A FACE IN THE CROWD; a special presentation of the seminal underground compilation film, FOR LIFE, AGAINST THE WAR (commissioned in 1967 for a festival organized in opposition to the Vietnam War); and rare screenings of Stan Brakhage’s 23RD PSALM BRANCH and THE GOVERNOR, the first a (Vietnam-inspired) meditation on war, the second the result of Brakhage’s experiences touring Colorado with the state’s then-governor.

“Now that the alternate reality of a certain strand of ‘paranoid’ political films has, to a degree few of us thought possible, come to pass, perhaps it’s time to re-watch these films from our new, disillusioned perspective. Along with other films embodying various strategies of political opposition, they serve to remind us that the struggle to maintain a humanist, progressive society is a perpetual one, that civil liberties and social justice are ever-fragile, and that the cinema represents an important means of grappling with, creating a dialogue around, and at least striving to change the status quo.

“For further, and more contemporary, explorations of the cinema’s capacity to embody political protest and resistance, see details about the series DISRUPTIVE FILM: EVERYDAY RESISTANCE TO POWER, taking place February 15-17.