Vale Albert Finney - and some memories of three of his lesser known but remarkable movies. 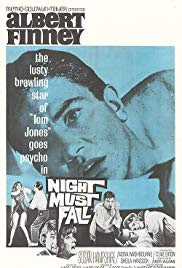 The death of Albert Finney is reported on by the BBC and  by the New York Times but there’s little attention paid to three of the better moments in Finney’s film career.

Plenty is made of Finney’s first star turn in Saturday Night and Sunday Morning, the feature debut of director Karel Reisz. No mention seems to have been made of their second collaboration, Night Must Fall another film adaptation of Emlyn Williams play of the same name about a young man who murders ladies and keeps their heads in hatboxes. Genuinely good and a sign that both Reisz and Finney didn’t want their careers shackled to some images of a working class hero and down and dirty portrayals of the Brit class system 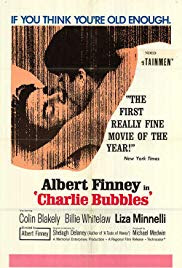 Some attention is paid to Charlie Bubbles, the only film Finney directed and one which was made for Finney and Michael Medwin’s Memorial Enterprises. Written by Shelagh Delaney  you got the distinct impression it was perhaps the most personal movie Finney ever made and you regret he never directed again. It’s one of the best one-shots of all time.

Three years later Finney and Medwin collaborated again on Gumshoe, Stephen Frears theatrical feature debut and one of the greatest British films ever made, a riff on private eye movies, set in Britain’s shabby north featuring Finney as a nightclub bingo caller who fantasises about becoming a private eye. Written by Neville Smith, a writer who had very few film credits, and featuring stellar performers Billie Whitelaw,  Janice Rule, Frank Finlay and especially, for one brilliant scene of banter with Finney worthy of Cary Grant and Rosalind Russell, the delectable Wendy Richard. This film crept quickly through the cinemas in its day but still has a loyal.

Finney's contribution via the productions of Memorial Enterprises is also worthy of mention. The roster also included If..., O Lucky Man, Privilege, Law and Disorder, Loving Memory, Memoirs of a Survivor  and more. A retrospective somewhere would be nice. 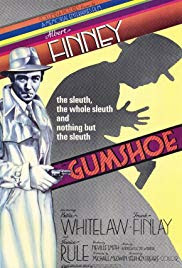