Editor’s Note: This is the eleventh part of a planned thirteen part series about the German and American master director Douglas Sirk (Detlef Sierck). The previous parts were published on


Bruce is a long time cinephile, scholar and writer on cinema across a broad range of subjects. The study being posted in parts is among the longest and most detailed ever devoted to the work of Douglas Sirk. In the following text films in Italics are regarded as key films in the director’s career. References to authors of other critical studies will be listed in a bibliography which will conclude the essay.

With most critical attention focused on Sirk's films at Universal dating his switch in 1953 by his new producer Ross Hunter from comedies to dramas, there has been a tendency to refer to the seven key films from 1953-59 collectively as family melodramas. Narrowing the definition of melodrama from the all-encompassing music plus drama (melos) to more specific generic parameters places only four of Sirk's dramas more or less unequivocally as fifties family melodrama:  Magnificent Obsession, All That Heaven Allows, Written on the Wind and Imitation of Life.  There's Always Tomorrow is “social drama rather than melodrama” (see note on the film). All I Desire is in some ways a companion: Naomi and Norma both played by Stanwyck as Jeanine Basinger shows (Bright Lights 7) are at once both reflections and opposites of each other. The form of All I Desire marks a transition for Sirk from comedy to melodrama after something of a series of false starts of which only one film, Take Me to Town can be counted among his major works.

Melodrama has been the basic mode for Hollywood genres and aims to engage the widest possible audience. As suggested earlier, realism has not been a core issue in Hollywood other than superficially in the increasing deployment of photographic realism - more location filming in the postwar years mainly in urban crime, the western and the action adventure film. In performance, realism came to be associated with masculine restraint and underplaying through action with psychological analysis conveyed in verbal discourse and dialogue, melodrama scaled down to social drama which is played out without melodramatic excess and the artifice of theatricality in a complex of relationships involving move and countermove as characters' try to read each others intentions, desires or weaknesses.The gestural extravagance of melodramatic acting is replaced by naturalistic performance styles.

In melodrama dramatic action takes place between characters and things which can have tragic consequences. In classic tragedy dramatic action stems from the fatal flaw within a single mind. “Tragedy is concerned with the nature of man, melodrama with the habits of men and things”  (R.B. Heilman, Tragedy and Melodrama quoted Mulvey). Tragedy that is interior in the Ancient Greek or Shakespearean sense (the divided self leading to the fall) is quite rare in cinema where the  modern use of  'the tragic' is mostly focused on victimhood often scaled down to the fate of relatively ordinary people. Stern suggests that classical tragedy is no longer possible “because the modern world denied human beings tragic circumstances, life being perceived as too diffuse (lacking enclosure) and too mechanical (lacking potential for effective human assertion).” Modern drama can allude to tragedy without engaging in the divided self as the centre of the drama. “Melodramatic characters act out of contradiction, achieving actual confrontation to varying degrees and gradually facing possible resolutions and probable defeats” (Mulvey) In melodrama tragic events frequently take place as action spectacle in a divided world in which chance (or fate) often plays a major role. “Tragedy and dramatic realism focus on 'serious' social issues or inner dilemmas of the hero claiming tragic value for the failure of heroic potential” (Doane) Sentiment and emotiveness were devalued by association with a feminised popular culture coalescing in the 'woman's picture' which, in generic terms, the melodramatic mode is clearly situated. (references here Doane 70-73; Gledhill 26-8) (1).

Sirk spoke to Stern of what was, for him, the modern sense of  “the vanishing hero.”  He would seem to have had The Tarnished Angels most in mind. Stern further elaborates that in “Sirk's cycle of dramatic evolution tragedy is replaced by a ritualized shadow form, melodrama, which is Sirk's modernistic folklore...an awareness of watching representations, shadows or intermediate objects that stand for reality...Patterns of image that seem to comment mockingly on the danse macabre that is the plot.” It is the shadow reality that is Faulkner's prose that provided the latitude for reconstruc- tion as “a visual style that undermines the cinema's natural tendency to appear to be rendering a concrete reality” giving form to what in Faulkner's  novel is in effect formless. (p 157)

After Sirk learned that sophisticated “European” irony did not work with Amercan audiences he subsequently employed overt irony only in The First Legion with its theme of religious 'miracles' and the tragic irony of the final scenes of A Time to Love and a Time to Die.  When confronted with the “craziness'” of the plot of Magnificent Obsession Sirk maintained the surface meaning of the melodrama delivering emotionality for the majority audience while inserting ambiguity - covert irony- embodied in a series of textual effects in an 'excessive'' even hysterically wrought, mise en scène, a play with the conventions of the melodrama, exploiting ideological contradictions and plot fissures, culminating in deployment of reflected imagery and voice from above of the god-like mentor Randolph (Otto Kruger) and the swelling music score as Hudson operates to save Wyman's life. There is a similar layering of the mise en scène in the end scene between Hudson and Wyman in the follow-up film All That Heaven Allows (discussed above) and also with the end scenes of Written on the Wind and Imitation of Life. As identified by Willemen, at the same time Sirk delivered emotionality to directly engage the audience as, for example, Elsaesser points out, in the pathos that can arise from the non-communication between people talking at cross purposes – Stack/Kyle and Bacall/Lucy in Written on the Wind when she tells him she's pregnant; Wyman/ Helen''s despair at the prospect of permanent blindness in Magnifcent Obsession; Juanita Moore/Annie and Susan Kohner/ Sarah Jane's emotional confrontation in Sarah's flat in Imitation of Life; the underplaying of Stanwyck/Naomi's returning after self imposed absence watching her family unnoticed through the window in All I Desire.

In their intent on redefining Sirk as a 'political auteur' Halliday and Willemen focus on ambiguity in terms of what they saw as 'Brechtian distancing' in the context of Sirk's obligation to deliver full-on emotion in a layered play with melodrama, until he was free to make the films of his choice following the melodramatic 'excess' of Written on the Wind. The Tarnished Angels pushes melodrama into tragedy (the tortured pre-oedipal  characters played by Robert Stack in Wind and Angels) with minimal attention to 'happy endings'. Imitation of Life was a fitting farewell to Hollywood in a hybrid of melodrama and the tragedy of Sarah Jane with the pathos of the funeral which Sirk saw in terms of an expression of black power (Mahalia Jackson's “Trouble of the World”) at a time when action for civil rights was surfacing (BBC interview).

End Note
1. Geoffrey Nowell-Smith (in 1977) and Stuart Cunningham (1981) have each raised questions about the meaning of melodrama in popular cinema and its relationship to modernity (see the bibliography to come).  Cunningham takes a simile from Peter Brooks's seminal rehabilitation of melodrama (The Melodramatic Imagination) in suggesting melodrama as a dynamic “space” in which a variety of materials are drawn together in patterns that shift and change. Adapting Brooks's figure to that of a “force-field” which “must not be merely semantic” but “a complex interaction of religious, political, and aesthetic factors,” which Cunningham argues, “are inseparably implicated in any appraisal of melodrama.” Definitional impasses only arise “if melodrama is approached as an exclusively aesthetic category.” Nowell-Smith sees melodrama as “a contradictory nexus, in which certain determinations (social, psychical, artistic) are brought together but in which the problem of articulation... is not successfully resolved.” Nowell-Smith contends that the importance of melodrama (at least in the versions due to Ophuls, Minnelli and Sirk) “lies precisely in... ideological failure,” because in their “shameless contradictoriness... (they) cannot accommodate (this) problem either in a real present or in an ideal future, (this failure) opening a space which most Hollywood forms have studiously closed off.” 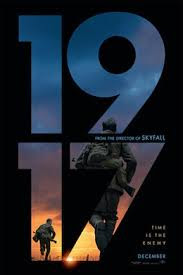