New Portuguese Cinema at the MCA, Sydney - Adrian Martin selects a season from a largely unknown corner of modern Europe

The Museum of Contemporary Art has begun showing films curated by staff and guests. In August it screened a season of four films by Korean master Hong Sang-soo. It has to be asked who knew about this work. Maybe the MCA audience and aging cinephiles don't have a lot of overlap. Whatever, next up is a selection of new Portuguese cinema curated by Adrian Martin. Adrian has sent me a set of the notes supplied to the MCA and they are reproduced below. The screenings take place over the next four Saturdays beginning at 2.00 p.m.  ...at least that was how they started advertising it but 'today's screening is now on tomorrow Sunday 4th at 2.00 pm. Not sure when that was changed nor whether I'll trek in there again.....

Portuguese cinema is not terribly familiar within the art cinema and film festival circuits of Australia. Perhaps some have heard mention of the Grand Master, Manoel de Oliveira (1908-2015), or seen the sprawling narrative experiments of Miguel Gomes. But there is much more to discover and savour amidst the contemporary scene in Portugal: brilliant directors with a quarter-century of work already behind them, such as Teresa Villaverde and Rita Azevedo Gomes, poetic essay-documentarians such as Manuel Mozos, and newcomers hip to popular movie genres, like João Nicolau. The tension that drives this national cinema in its most creative forms is the pull between utopian fantasy – visions of a better society, sometimes the escape into florid worlds of imagination allowed by cinema itself – and a steely grasp on the current miseries of a world that is reeling from every kind of blow, from economic scarcity to spiritual poverty. Realism and lyricism, and all stops in between: this season offers four glimpses into the richness of contemporary Portuguese feature production. 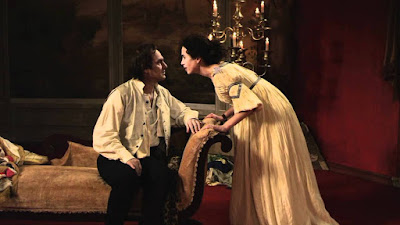 Based on a 19th century tale by Jules Barbey d'Aurevilly (who Catherine Breillat also adapted for her An Old Mistress, 2007), A Woman’s Revenge is an intense, superbly modulated exploration of gender roles, social status, marital possessiveness and desire-driven retribution. The cinematic style of Rita Azevedo Gomes, who has worked as a director since 1990, sits somewhere between the hyper-theatricality of the Portuguese master Manoel de Oliveira and the plangent pathos of Max Ophüls: there are stories within stories, stages beyond stages, masks behind masks.

João Bénard da Costa - Others Will Love the Things I Loved (2014)
When cinephiles and filmmakers evoke the greatest critics and theorists of cinema, we most often hear the historic names of André Bazin, Manny Farber, Laura Mulvey … but who is João Bénard da Costa (1935-2009)? In Portugal and in the international circle of the most progressive film festivals and cinematheques, he is legendary: nobody who ever heard this curator-supreme introduce one of his most beloved movies ever forgot his erudite, inspiring, charismatic aura. This imaginative, lyrical tribute by his colleague Manuel Mozos recreates that aura. 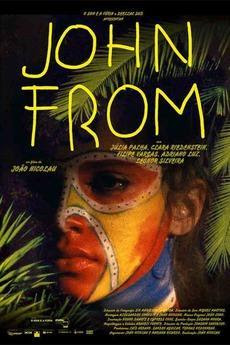 João Nicolau hails from the loose ‘school’ of filmmakers gathered around the most internationally celebrated of the young Portuguese directors, Miguel Gomes (Tabu, Arabian Nights). This delightful, surrealistic teen comedy is high on whimsy (the title is an incomplete statement of origin: ‘John from …’), full of beguiling shifts in tone and mind-bending flights of fantasy. With an amazing colour palette and pop song selection, its vision of a young girl’s romantic obsession is utterly charming.

Cisne (2011)
Teresa Villaverde, active since the early 1990s, is among the most important contemporary filmmakers, but her work is still too little known outside Portugal. Her films frequently circle bleak subjects: trauma, abuse, kidnapping, sex trafficking. Above all, she probes the fraught network of the modern family unit, seemingly the source of all horror and yet, at the same time, one of the few hopes for any grace, connection or redemption. Cisne is a characteristically enigmatic, elliptical, powerfully emotive testament.

Adrian Martin, an arts critic and audiovisual artist based in Vilassar de Mar (Spain), is Adjunct Professor of Film and Screen Studies at Monash University (Australia). He is the author of seven books on cinema (the most recent being Mise en scène and Film Style: From Classical Hollywood to New Media Art, from Palgrave), and co-editor of LOLA journal online. In a former life, he was a regular film critic for The Age newspaper in Melbourne and Radio National’s long-lost The Week in Film.
Posted by Film Alert 101 at 22:31