Don’t Call Me Son (Anna Muylaert, Brazil, 2016)
A teen who appears to be considering gender transition is shocked to learn that the mother he has known for his whole life kidnapped him at birth and will be heading to jail for it. The boy finds himself less than thrilled with his real family. This feels like the first two thirds of a better movie. Muylaert’s 82-minute film does all the setup for a story exploring gender identity and sense of belonging and the true meaning of family, and just when all the pieces are in place for something interesting to happen, it doesn’t, and the credits roll. Not recommended.

The Happiest Day in the Life of Olli Mäki (Juho Kuosmanen, Finland/Germany/Sweden, 2016)
This year’s winner of the Un Certain Regard prize at Cannes is a beautifully photographed black and white love story which pretends to be about boxing for a little while. In this true story, country boy Olli is taken to the city to train for the World Featherweight title against Davey Moore, but finds himself losing interest when he falls in love with a Raija, a kind girl from his hometown. This is perhaps the sweetest boxing movie ever made, and it’s one of the best films I saw at MIFF. Highly recommended. 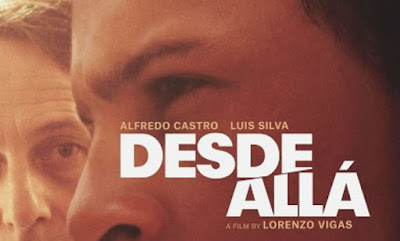 Winner of the Golden Lion at Venice last year, and Venezuela’s submission for the upcoming Oscars, From Afar is a sad tale I found it hard to connect with. This is the story of middle-aged man who uses his wealth to dominate the tough young men he meets in the street, giving them the money they need in exchange for sexual favours. It’s also the story of a boy who dominates him back, taking the money and offering nothing. The relationship begins creepily and only becomes more uncomfortable to watch. I didn’t particularly love the film’s look, which deliberately keeps most of the frame out of focus, showing only the characters with any real clarity. I’m not going to say this is a bad film, since it’s very well made, but I can’t imagine telling a person to watch it. Not recommended.

Slack Bay (Bruno Dumont, France/Germany, 2016)
Another 2016 Palme d’Or nominee. This film is out of its mind. Every performance is so wildly overplayed that they make the average Johnny Depp role look downright sensible. Characters gesticulate wildly, shriek, exaggerate their walking and so on in a way which proved to be a real turnoff to many of my fellow festivalgoers. This story about a rich family visiting a holiday house near a family of cannibals certainly overstays its welcome at over two hours. It’s an exhausting tone to keep up for that long, but I enjoyed the utter silliness just often enough to come out of this one slightly positive. Juliette Binoche comes out looking worse than the rest of the cast, though perhaps only because I’m familiar with her at a normal register. Very, very mildly recommended. 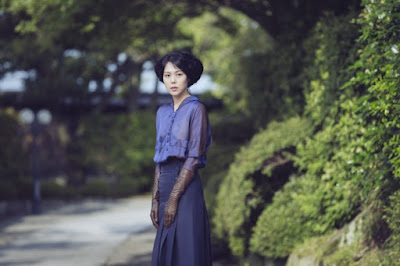 As of late August, this is my favourite film of the year. This Palme d’Or nominee is part sweeping historical romance, part complexly-plotted thriller and part wicked comedy. Transplanting Sarah Waters’ novel Fingersmith from Victorian England to 1930s Korea, the film tells the story of a Korean pickpocket selected to work as a handmaiden for a Japanese heiress. A charming conman plots to make a great deal of money by pitting maid against heiress, but the two women fall in love. The film’s labyrinthine plot lays the groundwork, but the true beauty comes from the wonderful score and the intricate set decoration. The film is surprisingly sleazy (it’s already been classified R in Australia) and incredibly funny. I could not stop smiling. Highly recommended.

Day Six
Innocence of Memories (Grant Gee, UK, 2015)
A truly dull documentary which aims to translate material previously covered in a book (Orhan Pamuk’s The Museum of Innocence) to the screen, but fails to find a sensible way to do so. It’s the story of a tragic romance between a man and a shopkeeper who is not his fiancée, and there’s a house in Istanbul which stands as a museum of items mentioned in the book. The camera aimlessly floats around this building for a while, and ventures out into the nighttime streets, where it stays for most of the film as voiceover narration provides the story. I’m not sure I can name a film with a less useful visual component. Strongly not recommended.

Weiner (Josh Kriegman & Elyse Steinberg, USA, 2016)
A documentary about Anthony Weiner: the politician whose name became an unfortunately perfect punchline after he (repeatedly) sent nude photos of himself to (many) women online. The scandal he faced when those pictures predictably became public led to his downfall from Congress, but boldfaced optimism led him to campaign as a candidate for mayor of New York. The filmmakers were in the right place at the right time to capture a disaster in the making, themselves asking Weiner near the end of his campaign, “Why did you let us film this?” The access and the story can’t help but allow the film to succeed. Recommended. 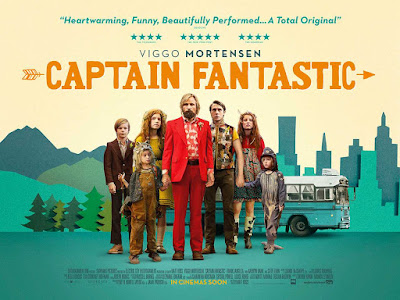 A big draw at this year’s Sundance Film Festival before making its way to Melbourne via Cannes’ Un Certain Regard section. Viggo Mortensen plays Ben, a father who chose to raise his clan of children in the woods, teaching them anti-capitalist philosophy and survival skills. The suicide of his wife leads the family to venture into civilization for the funeral. The film decries the level of education modern children receive, while still more-or-less accepting that Ben’s method is borderline child abuse. I’d like it more if it hadn’t undone some of its wisest decisions with its feelgood ending. Many of the young actors here feel like they should become stars. Mildly recommended.

Madly (Gael Garcia Bernal/Anurag Kashyap/Natasha Khan/Sebastian Silva/Sion Sono/Mia Wasikowska, USA/UK/India/Australia/Argentina/Japan/Sweden, 2016)
I’m not the world’s greatest fan of themed short film compilations, since I find even great directors tend to find themselves hamstrung by the format. Madly offers a series of shorts on the vague topic of love, with many of them focusing on the ways love can hurt, confuse and disappoint. Mia Wasikowska’s local effort is a darkly comic tale of post-natal depression. Sebastian Silva’s entry begins as a strong look at the life of a teen, made homeless when his religious parents eject him for coming out as gay, but Silva relies too much on his cynicism, ending on a series of cruel twists which undermine his efforts. Natasha Khan is unknown to me, but her film about a young woman’s wedding day is probably the best of an underwhelming collection. Not recommended.

Lily Lane (Benedek Fliegauf, France/Germany/Hungary, 2016)
A troubled mother tortures her son with scary stories, passing her own pain on to her child in this ugly, dreary sleep-inducing quasi-horror film. The film drags its way through scene after scene of what is essentially filler as it trudges its way towards the only point it has to make: a very obvious revelation about the nature of these stories. The visuals are dingy and the occasional interruptions by a surreal nightmare world of trick photography look even worse. We spend a lot of time looking at close-ups of a gnarled tree, for reasons I can’t fathom. I have hardly ever been so bored by a film. Strongly not recommended. 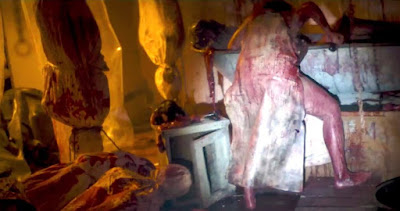 During the weekends, MIFF audiences can choose to attend various midnight horror screenings at ACMI. This widely-hyped Turkish film was the lesser of the two I attended. There are moments of horrific creativity on display here, as a group of obnoxiously-masculine police officers follow a late-night emergency call into the bowels of an old building at the end of a mysterious road. The film spends too long with these truly off-putting characters making ugly conversation at a diner, then makes them more-or-less irrelevant as the nightmare world they discover takes over. The hellish imagery on display later in the film is impressive at first, but there’s just not quite enough going on to sustain this one. Not recommended.
Posted by Film Alert 101 at 06:59