White Line Nightmare: The End of the World and MAD MAX (Part 5) - 'We Don't Need Another Hero"


Editor's Note: This is the fifth and final part of an essay by John Baxter devoted to the creation of George Miller and Byron Kennedy's Mad Max movies. PART ONE considered the cinematic antecedents of the films end of the world settings,  PART TWO looked into the early life and influences of George Miller and  PART THREE looked into the flm's philosophical and literary influences.  PART FOUR looked at the contribution of Director of Photography Dean Semler to the creation of the hero. Now read on....

“WE DON’T NEED ANOTHER HERO.”

Its an index to the shallowness of the Campbell/Propp influence on Miller (see Parts Two and Three) that it didn’t outlast the loss of Byron Kennedy. The popularity of Road Warrior was at its height when Kennedy died. Warners had also re-released Mad Max, which for the first time became a hit in the US. Miller spent some time in Hollywood, making an episode of The Twilight Zone: The Movie, then The Witches of Eastwick,  but loathed studio film-making and directing major stars. On his return to Australia, he retreated to his private studio and, with the death of Kennedy, appeared to lose direction. Before starting Mad Max Beyond Thunderdome in 1984, he invited stage director George Ogilvie to hold acting workshops for cast and crew. A twin, like Miller, Ogilvie eventually shared directing credit on Thunderdome.

The third film was the most lavish of the trilogy, but also the least original. Though a final chase was shot in the desert, Miller filmed most of the movie in an abandoned quarry and brickworks on the outskirts of Sydney (later engulfed by the Olympic Games stadium). Tina Turner plays Aunty Entity, ruler of Bartertown, where the nomads congregate to trade and watch fights in Thunderdome, a giant birdcage where men, suspended on elastic cords, fight to the death with chainsaws, and MasterBlaster, a midget riding a giant, takes on all comers.

There’s little sense of the desert or of shamanism in the script by Miller, Ogilvie and Terry Hayes. Max takes refuge in Bartertown when bandits steal all his possessions. Showing an un-mythic interest in politics, he makes a deal to neutralise Entity’s enemies. Betrayed and ejected, he becomes mentor to the lost children, here the survivors of a plane crash, then returns to defeat MasterBlaster, paving the way for a centralised society. Turner’s presence permitted a gratuitous ‘theme song’, which became a hit. Significantly, its subtitle is, ‘We don’t need another hero’.

It was left to other writers and directors to exploit the vision of The Road Warrior. The process began as soon as Mad Max was released and hasn’t halted since. Films like Wheels of Fire, The Blood of Heroes aka  Salute of the Jugger,  Holly 2000 and Barb Wire were set in futures frankly imitative of The Road Warrior,  a process that culminated in Waterworld – essentially an aquatic Road Warrior – while in Italy the production of such clones as 2019 Dopo la Caduta di New York, I Guerrieri dal Bronx, I Guerrieri dell’anno 2972 and Gli Sterminatori dell’anno 3000 became almost a sub- industry.

[In 1996, science fiction writer William Gibson utilised The Toecutter as a character in his novel Idoru and Cormac McCarthy evoked a similar dystopic desert future in The Road. There are numerous other examples.

As it turned out, this was only the beginning of a cheapening process that reached its apotheosis in the 2015 Mad Max: Fury Road, Shot in Namibia with an international cast, the film transcends its modest beginnings, as well as the limits of its Australian setting and characters.  Faced with Hollywood gigantism at its most vulgar, surely the George Miller of 1983 would have been appalled.

The process continues, fed by the hunger of the streaming services for more and noisier steampunk. Mortal Engines on Netflicks features token Aussie Hugo Weaving at the helm of a clanking, steaming city on tank treads that roams a desert world, devouring its fellows. A metaphor there, one might think, for the decline and fall of Mad Max. JB] 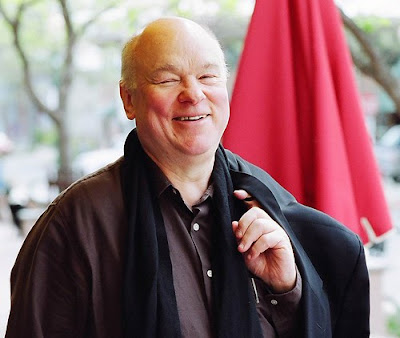 John Baxter (above) is an Australian-born writer, scholar, critic and film-maker who has lived in Paris since 1989. The many books he has written include the first ever critical volume devoted to the Australian cinema as well as studies of Ken Russell, Josef von Sternberg, Stanley Kubrick, Woody Allen, Federico Fellini, George Lucas, Robert De Niro, Luis Bunuel and a number of studies of Paris. His most recent book is a biography of Charles Boyer: The French Lover  (University of Kentucky Press, 2021)