It was interesting to hear about the Taiwan Film Festival  and Sydney Indie  film festivals.

It seems that lucky Sydney cinemagoers are currently deluged with 'film festivals', with seven more that I know of over the next month or so. The Palace group leads the field with four festivals - Greek FF (14 October - 01 November), Football FF(!) (22 - 25 October),  the 2nd China Australia International FF ("The ONLY official film festival in Australia initiated by China's State government...") from 23 to 28 October, and the BBC 1st British FF (27 October - 18 November).

The Dendy group has one - the Czech & Slovak FF from 21 to 25 October (with the bonus of FREE screenings of three features by Karel Zeman at UTS in Ultimo), while the Event cinemas have snagged two - the Russian Resurrection FF (which originally started with Palace) from 23 October to 04 November and the Japanese FF (which originally started with free screenings at the Dendy, Martin Place way back in the past, and was undoubtedly an offshoot of the regular screenings by the Japan Foundation at their then headquarters in North Sydney).

While it's a great opportunity to see films that would be unlikely to get a general release, I can't help feeling that we are being dudded somewhat by the fact that it's only through a 'festival' setting that we can see them - and of course, 'festival' pricing is always about 50% higher than regular pricing. 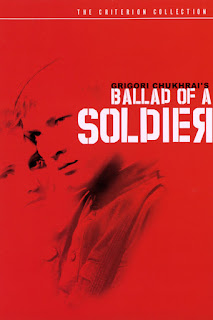 The other problem is the number of films shown at any one time. Saturday 24 October is a typical example with all these available for your viewing pleasure: Ballad of a Soldier (1959, Grigorii Chukhrai, USSR); I Am Sitting on a Branch I Am Fine (1989, Juraj Jakubisko, Czechoslovakia), The Fabulous Baron Munchausen (1961, Karel Zeman, Czechoslovakia), The Fabulous World of Jules Verne (1958, Karel Zeman, ), Brotherhood of Blades (2014, Lu Yang, China) and Mountains May Depart (2015, Jia Zhangke, China).

For some further and later thoughts go to http://filmalert101.blogspot.com.au/2015/10/film-festivals-simon-taaffe-continues.html