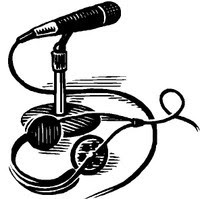 This below has been posted on the Facebook page of the Australian Media Oral History Group. (AMOHG). AMOHG is an informal group of film industry practitioners and includes among its membership many who have played and continue to play key roles in the Australian film industry.

AMOHG is seriously concerned that there are proposals recently put forward by the Federal Government which will have a seriously adverse effect on the production of quality documentary films in Australia. These proposals have been tabled in the Commonwealth Parliament and have already drawn criticism from the documentary film-making community. The AMOHG Working Group has now written to key figures in the Government, the Opposition and the cross-bench expressing our concern. What follows is the text of the letter

We write on behalf of the Australian Media Oral History Group (AMOHG) (click here for our website)
We are concerned that the budget measures and legislation currently proposed for dealing with the film industry will seriously disadvantage documentary films – in particular those that would deal with historical or biographical subjects that rely on archival material. Already, the high usage fees for archival material place a severe burden on production budgets. Now, not only would the proposed measures put the threshold for tax rebates above the total budget of most documentaries, the new proposals would limit the amount of archival material to which the rebates can be applied.
We support the position put by Mr Daryl Dellora - in his recent article in the publication Pearls and Irritations - which we urge you to read and which you can access if you click here
In particular, quote -
"The Treasury Laws Amendment (2021 Measures No. 5) Bill 2021 will have a negative impact on the archival documentary sector in this country. It will limit the production of feature length historical or biographical films which rely heavily on archival material by severely constricting the ability to finance those films.
The National Film and Sound Archive (NFSA) is tasked with preserving our irreplaceable historical memory in the form of moving image and sound and yet their fees for access and reproduction are often completely prohibitive. And I must stress here this is material often already in the public domain, or government owned, for which no private copyright holder is being reimbursed.
The real issue here, in terms of archival costs, is that federal government agencies are underfunded to a point where their rationale for existence is compromised." - end quote.
AMOHG’s position is that consideration could be given to the equivalent situation in the United States, where most government audiovisual production goes into the public domain immediately on release, and is free to use.
If the legislation proposed had been in place years ago, many significant Australian documentaries encompassing archival footage would not have been made. We assert that the government should be making it easier for documentary filmmakers to produce Australian stories reflecting on our history. This proposed legislation will have the opposite effect.
We seek amendments to the Bill that will obviate the perilous effect of the Bill in its current version.
Yours faithfully
Dominic Case, Rod Freedman, Geoff Gardner, John Hollands,
Graham Shirley, Malcolm Smith, Storry Walton.
AMOHG
Contact Malcolm Smith - filmsmit@bigpond.net.au
ends
Posted by Film Alert 101 at 18:47