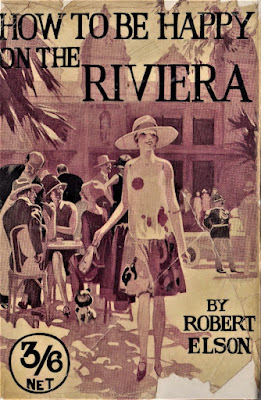 So many people took part in the recent “webinar” (there’s that awful word again) about the French Riviera and its artists which Samuel Lopez-Barrantes and I did for the Context group that they’ve asked us to return to the subject. Expect some new revelations about the Cote d’Azur and its most remarkable residents – both for their genius and their outrageousness.

As before, we’ll be talking in the apartment shared by myself, Marie Dominique and Louise (not to mention Watson, the cat) in rue de l’Odéon. For those of you who haven’t visited us there, it is in the building where Sylvia Beach lived when she ran the original Shakespeare and Company bookshop, and where she and her companion Adrienne Monnier were visited by all the literary greats of the day.

If you live in countries where our chat goes out at difficult times – hello, everyone in Australia! – don’t panic; it will be available to download for some days afterwards.

John Baxter is an Australian-born all-round writer, scholar, critic and film-maker who has lived in Paris since 1989 with his wife Marie-Dominque Montel and daughter Louise. His Wikipedia entry  details the many books he has written which include the first  ever critical volume devoted to the Australian cinema as well as studies of Ken Russell, Josef von Sternberg, Stanley Kubrick, Woody Allen, Federico Fellini, George Lucas, Robert De Niro and Luis Bunuel. His most recent book, one of a number of studies of Paris is A Year in Paris, described by the New York Times thus "In “A Year in Paris,” (Baxter) strings together the beautiful beads of the French everyday, all held together by the invisible act of imagination that makes a country cohere and endure."