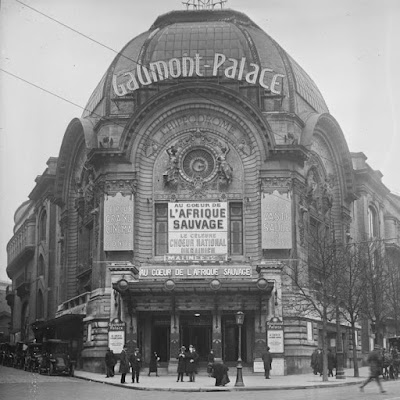 More than a century after the Lumiérè brothers presented the first public screening of motion pictures In 1895, Paris remains a center for the production and appreciation of cinema. John Baxter has accumulated an unrivaled wealth of anecdotal and insider lore about the film on both sides of the Atlantic, and Australia as well. During this discussion with writer and literature professor Samuél Lopez-Barrantes, John talks about his life in French cinema and Paris, including tales of encounters with such actors as Jeanne Moreau and Catherine Deneuve, nouvelle vague directors Jean-Luc Godard and Claude Chabrol, as well as meetings with Federico Fellini, horror film master Mario Bava, and “scream queen” Barbara Steele.

Of course, the history of French cinema is not limited to the confines of Paris. John may also recall some bizarre and occasionally disastrous experiences as a journalist covering the European film scene, including being forced to watch a movie at gunpoint. Dim the lights, open the curtains, and prepare to be amused and surprised at a vision of the movies few outsiders ever glimpse.

Led by Samuél Lopez-Barrantes, an expert in literature, and John Baxter, one of the world's most prolific film biographers (Kubrick, Spielberg, Fellini, to name a few), this conversation is an introductory course to the history of French cinema in the 20th century. Designed to inform curiosity as well as future travels, participants will come away with insider knowledge of the glamorous worlds of American and European cinema in the 20th century.

Editor's Note: John Baxter advises that the cinema pictured above, the Gaumont Palace, was demolished in 1972. Towards the end of its life it was a Cinerama venue, but once that contract lapsed it was just too big. You can see it briefly in Francois Truffaut's  The Four Hundred Blows, when the Doinel family go there.