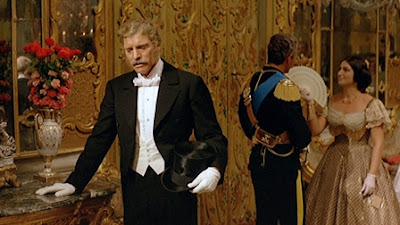 Some news about Cinema Reborn which might assist with your choices for the forthcoming seasonfrom 29 April to 2 May at the Randwick Ritz.

Bookings for The Leopard are above expectations and the screening has been moved into the Ritz’s biggest auditorium, Cinema One right at the main entrance. This will mean that the film will be seen to even greater effect as the 4K restoration goes up on the biggest screen in the complex.

The Leopard  will be introduced by pre-eminent Sydney cinephile and critic David Stratton. Many years ago David and colleague Margaret Pomeranz discussed the film on the SBS Movie Show and the SBS website has these comments from him:  One of the great achievements of Italian cinema, Visconti's beautiful examination of the end of an era as seen from the perspective of a nobleman who knows that times are changing. Subtle and intricate, it's a film that hints and alludes to so much more than is actually spelt out, like the Prince's love for the beautiful Angelica. Burt Lancaster, despite being dubbed into Italian, is quite wonderful, Alain Delon is dashing and Claudia Cardinale breathtakingly beautiful. A stunning experience.

Margaret was equally enthusiastic: This elegiac, beautiful film is filled with sadness and resignation, with a pragmatic acceptance that things must change but that in the process much that is beautiful will be lost. Surprisingly I felt it had great relevance for today's world in which us human beings are being turned into mere customers. Every frame of the film is an artwork, the attack on Palermo by Garibaldi's forces so beautifully and yet realistically staged, the performances sublime. Visconti was an aristocrat who became influenced by Marxism and his political leanings were reflected in his early neo realistic works. But later in his career which spanned 34 years he turned towards historical and literary themes in which the conflicting ideas of progress and nostalgia were explored as you can see in The Leopard, which was made in 1963. It's a great work of film, gorgeous to see in all its glory, incredibly moving in its depiction of a sense of loss.

Both David and Margaret gave the film five stars

An animated discussion between Margaret and David  about The Leopard is still available on the SBS website and to  check it out you JUST CLICK HERE.

An international friend of Cinema Reborn, the expat critic, biographer, novelist and screen writer John Baxter has sent in a short note about Le Corbeau,the 1943 French film made by the German controlled Continental Films, one of thirty such productions made during the WWII Occupation. Here’s a key paragraph: “With the mastery of suspense that he would hone to razor sharpness in The Wages of Fear  and The Fiends, Clouzot cunningly turns the doctor’s attempts at investigation into a lesson in the duplicity of those he once trusted and even loved. It was an inspiration to cast (Pierre) Fresnay as Germain. A specialist in playing aristocrats, most notably his de Boeldieu in Renoir’s La Grande Illusion, hebrought to every role a courteous reserve, accentuated by one of the most distinctive voices in cinema.”

You can read the full critique IF YOU CLICK HERE