CINEMA REBORN - In a Sentence - Eleven critics, scholars and film-makers give succinct recommendations on the program + Our Trailer on YouTube 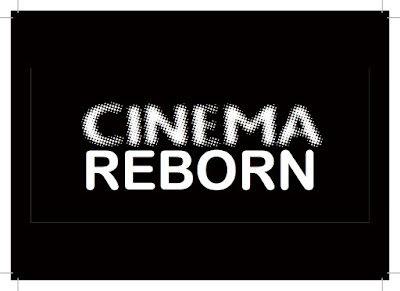 Before you read the critics below start with a YouTube viewing of our Trailer by clicking here
One sentence quotes from eleven critics, scholars and film-makers about the Cinema Reborn 2021 program

“…a convergence of high period Studio system talent, notably Pasternak as producer, Marshall as master director of multiple genres (including the musical numbers composed by Friedrich Hollaender for Dietrich in the picture) and the sheer tonal sophistication of the screenplay mark Destry as a both an innovator and a “classic” (David Hare)

Le amiche is, above all, impossible to stop watching.(Jane Mills)

Probably no other film ever screened in this festival more deserves the word “reborn” than Yu Hyunmok’s Aimless Bullet from 1961. (Tony Rayns)

Although rarely screened, Three in One is one of the most singular, significant and impressive features made in Australian between World War II and the film revival of the 1970s.(Adrian Danks)

Clouzot builds up a feeling of foreboding not entirely unlike that to be found now in Nordic noir. (Mark Thomas)

The concluding 45-minute ballroom scene is both rapturous and mesmerizing, one of the finest set pieces in the history of the cinema.(Rod Bishop)

Beyond the pleasures of watching a young, "undiscovered" Bjork perform, the film has so much more to offer in the way of story, cinematography, and—my god—the sound! (Angeline Gragasin) +

Watching Filibus now, being immersed in its astonishingly vibrant colours, can feel like viewing a cinematic singularity. (Susan Potter)

I have often argued that these CAAMA titles represent the most exciting body of documentary filmmaking in Australia over the last few years.  (Andrew Pike)

ARE YOU COMING TO CINEMA REBORN FROM OUTSIDE SYDNEY?
If you are you may care to meet up with some fellow travellers and friends of Cinema Reborn over lunch on Friday 30 April. It starts at 12.30 and is at one of Sydney’s best kept secrets, RK San  at 462 Cleveland St Surry Hills. It offers contemporary Japanese cooking. The price is $50 pp all-inclusive. Website is https://rksan.com.au

RSVP to info@cinemareborn.org.au is essential by Wednesday 28 April.

CINEMA REBORN is managed and presented entirely an enthusiastic group of volunteers and supporters, presenters and writers. You can assist their work by making a tax-deductible donation OF ANY AMOUNT LARGE OR SMALL via the Australian Cultural Fund. For more information or to make a donation CLICK HERE