While Sirk was alive he told Jon Halliday that he did not want him to write about the story of his only son who was, according to one source, killed on the Russian front days before his nineteenth birthday in 1944.  The link below however dates his death in the Ukraine as more than two months later.

A Time to Love and a Time to Die is not the story of his son, but a possible story. It is also, Halliday writes, in part, about Douglas Sirk “who trudged through the ruins of Berlin trying to find information about his son” when he returned to Germany in 1949.

The visual motif in the film of cherry blossoms forced to bloom under the heat of a bomb explosion is a metaphor for the young lovers. Sirk said that he hoped his son had experienced love.

In a online tribute to Sirk on his 120th birthday (26.4.2017) Will Scheibel quotes historian Timothy Snyder who warns that “post factuality is pre-fascism.” Scheibel continues: A Time to Love and a Time to Die is not only an anti-Nazi period film and an under-estimated work of a canonical director, but a reminder of immigrant contributions to American culture, the urgency for art and critical thinking to understand the world  we live in, and the on-going potential for cinema as a response to institutional oppression. Sirk may be relevant for us now more than ever before. Oxford University Press Blog, 30.4.2017

For more about Klaus Detlef Sierck see http://www.germanfilms.net/klaus-detlef-sierck/
Shadows Over St. Pauli is a 1938 German drama film directed by Fritz Kirchhoff and starring Marieluise Claudius, Gustav Knuth and Hellmuth Bergmann. The young Klaus Detlef Sierck had a major role. It was filmed and shot in Hamburg.  The title refers to the St. Pauli district of the city.
Posted by Film Alert 101 at 19:36 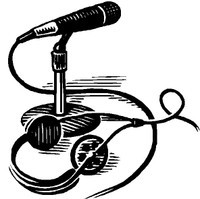