I fell in love with the idea of this film even before I sat foot in the theatre; what is not to love when the story presented is about a struggle for perfection in the arts (which we all know is a futile search because art can never be perfected, hence the struggle; and we bath in the glory and heights that is achieved in that struggle). In this case, the ‘art’ is the study of classical violin.

The story centres on a young teenager at the cusp of maturity and with a potential that is recognised by an older mentor; the latter is driven and perhaps a little fractured as a human being because of the struggle that they’ve already gone through. As such, The Audition as a Bildungsroman works well; the story is evenly paced and unfolds its multi-foliate intricacies with such ease that we are drawn into its plot twists without ever feeling that is laboured; even though from the start, we already know that with this genre, the denouement will be a searing one.

Nina Hoss plays Anna, a dedicated violin teacher who is quietly ambitious but with a fiery interior that she reserves for her art (both in playing and in teaching). She is married to French-speaking husband, Phillippe (wonderfully portrayed by Simon Abkarian in I would dare say one of his best performances) a violin and cello maker who runs his workshop just downstairs from their apartment. Although at the start of the film, this couple seems to be a loving run-of-the-mill family unit - the scene that introduces their pre-teen son Jonas (Serafin Mishiev) and ageing parents is at a family dinner in celebration of Anna’s birthday. Together, they painted a picture of happiness, with Phillippe serenading Anna on the guitar, an acoustic version of Le Temps des cerises - which incidentally is a song that is chimed at alternate hours by the clock at the town hall of Saint-Denis - there’s a Parc Le Temps des cerises there too. But things are not what they seem, this is not a charade, but a protective shield they’ve wrapped themselves around - we soon see that a loose thread has been pulled and all is about to unravel. The song, for those who know, hints at the spirit (perhaps not as much revolutionary here, but transformative or tempestuous) that is about to erupt and break apart this family.

But let’s rewind a bit.

The audition for a potentially gifted student to receive teaching funding opens the film. The audition sequence of the many hopeful young musicians reminded me of the hours of violin and ballet practice my daughter went through for many long years. The competitive nature of the arts (which I believe is sometimes even more severe than academic studies) forges those who possess exceptional qualities, like Rodin’s marble sculptures from a chisel blade: fluid, wondrous, alive. Fine-motor dexterity and technicality is one thing, artistry, however, takes talent; and when the two are combined, the music that is borne transcends the monotony of the day.

Ilja Monti is Alexander Paraskevas; the gifted student who caught Anna’s eye. She wants to possess him in spirit, like Rodin does his sculptures. And he, is at that age, around thirteen or fourteen, which carries a charming mix of earnestness and innocence; his desire to please his tutor only serves to allow him to discover his own ambitions, which are not yet formed, and is continuously shaped by his own talent and hard work. Raw, passionate, unformed, but rich too, and with a predisposed maturity that nevertheless haunts you. His attitude and perseverance draws you in, as does his playing - the Bach Violin sonata No. 1 in G Minor, BWV 1001 never sounded so mesmerising in his many practice studies of the piece - this is how its done: practise a phrase, perfect it, change up the tempo, practise another phrase, perfect it, set and repeat.

Monti’s performance is spot on; he is composed and fragile, driven and unsure, a fine mixture of the raw ingredients that in some people can yield brilliance and in others, ruin. I must admit that I’ve Googled him since the film, and he was only fourteen years of age when the film was released.  He must have been only twelve or thirteen when it was shot and is currently studying at the Internationale Musikakademie in Berlin. It’s no wonder Ina Weisse, the director said she was so happy and proud of the boys in her film (she gave a lovely phone-camera intro to the film especially for the Australian German Film Festival  screening).

The film is beautifully shot by cinematographer Judith Kaufmannand. The washed-out palette of the Conservatoire and Anna’s home where Alexander played a duet with her young son contrasting with the dark-wood interiors of Phillippe’s workshop. Just as the darker moods of the film contrast the two glorious young actors in the centre of this story.

There is so much to love about this film... the large open rooms at the Conservatoire with sunlight pouring in; the scene when Phillippe shows his son Jonas the type of wood grain that will make a good violin. (My own insight to add to this is that the grains of the wood vibrate when played, and the vibrations, over time, shape the violin’s voice, so much so that a violin is only ‘alive’ when it is continuously played and if left unplayed for too long, its sound becomes dull).

The beautiful Brahms String quintet in G Major, Op. 111 is performed by Kuss Quartet- yes, in the film, they’re a quintet - with Anna’s lover Christian (played by Jens Albinus- you may know him from the TV series The Eagle), standing in for the actual cellist of said quartet; and lastly, the sublime music that fills this film, breathes another layer of complexity and texture to the narrative. Even the Pleyel duo played by the two young violinists, Alexander and Jonas (my daughter and her teacher used to play these pieces that Pleyel was famous for) was filled with nostalgia to balance out the rising unease.  Weisse is a master at building tension, right through to the gripping final act.

The German name of the film Das Vorspiel does not only come to mean ‘the exam’ or ‘audition’; but the word ‘Vorspiel’ means ‘prelude’or ‘prologue’and hints at the idea that this is simply the introduction to the main act that’s to follow. In musical terms, ‘Vorspiel’also means ‘performance’; so the reading of this film can split in different ways, recalling Weisse’s end frame (below), where we see Anna ‘spying’ on Jonas performing with his orchestra. Her face is half hidden by the door frame; it is literally ‘cut’ in half; she had that same shine in her eyes as when she first saw Alexander play and you can’t help but wonder if Alexander is merely the prelude to Jonas. And if so...what tempest must surely follow. 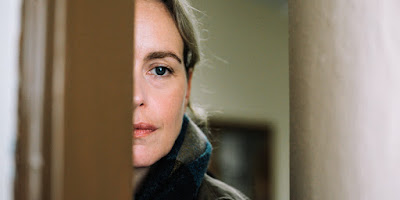 #german film festival is currently playing at selected Palace cinemas around Australia, finishing on the 20th June in Brisbane, Adelaide and Perth; and 4th July in Melbourne.