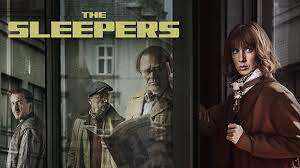 Earlier this week television writers from both Fairfax and News Ltd ran stories about this six-part Czech spy series, first released by HBO Europe in 2019 and now on SBS On Demand.

Set mostly in Prague in the late 1980s, dissident Victor Skála (Martin Mysicka) and his wife Marie (Tatiana Pauhofová) have returned to Czechoslovakia from years in exile. After decades of Soviet occupation, the Velvet Revolution is about to usher in democracy for their country and Victor looks set for a high position in the new government.

His disappearance and Marie’s subsequent search for her husband throws open a murky world of agents, double agents, assassins and even triple agents as the Russians try to hold on to some form of control over the Czech secret police (the StB) in their battles with dissidents, MI6 and their own KGB.

Admirably intelligent, understated and dramatically assured, it unfolds with the careful restraint of Martin Ritt’s The Spy Who Came in from The Cold (1965) and it’s almost a homage to many of le Carre’s secret world spy novels.

Cinematographer Jan Velicky has given Prague the moody tainted atmosphere of that city in the late 1980s; scriptwriter Ondrej Gabriel has capably found a way through the myriad of plot twists; and director Ivan Zachariás is well served by the uniformly excellent cast, none of whom try to out-stage their colleagues.