On Blu-ray - David Hare notes a new edition of "one of the five greatest films ever made" I WALKED WITH A ZOMBIE (Jacques Tourneur, USA, 1943) 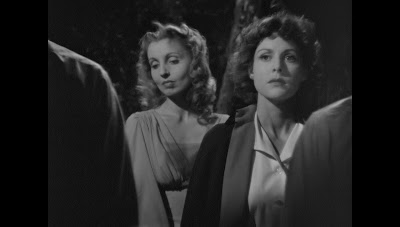 Random and not so random screens from the peak sequence of my favorite movie in Jacques Tourneur's canon: Betsy's delivery of Jessica to the Voodoo priest in the sublime I Walked with a Zombie. 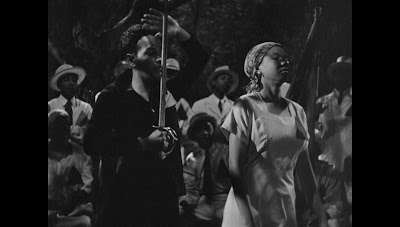 The other two climactic highs in Tourneur's work are perhaps Josiah reading Uncle Faithful's last testament and subduing the KKK in Stars in my Crown; and the deliriously joyful cabin raising from Canyon Passage. Three sequences that demonstrate the core of Tourneur's work and meaning - mystery, and the veil of irrationality that covers it as "truth" or "reason" or "logic". "Danger" and "Truth", "Evil", "Good".

In some philosophies these climactic moments could be called "miracles", but in Tourneur's work they are turned into narrative climaxes all throughout his films which serve to simultaneously hide and confuse, reveal and disguise, announce the impossible or defy reason, give and then withdraw explanations, and which are finally beyond reason, or simply inconceivable. Beyond faith, belief, possibility. 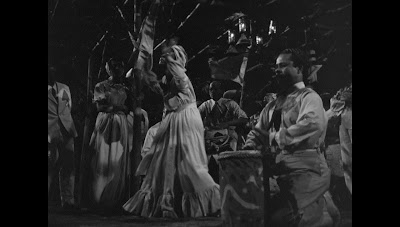 I Walked with a Zombie is Tourneur's very greatest masterpiece in my view and to me now one of the the five greatest films ever made.

Considering that I guess the new Japanese IVC Blu-ray is not bad, and certainly a joy to get in HD, but one has always to bear in mind the Japanese RKO holdings via Lobster films are from older unrestored 35mm prints, and will never be as good as a newly scanned master in the 2K domain done by Warners HV itself and its unbeatable MTI facility. 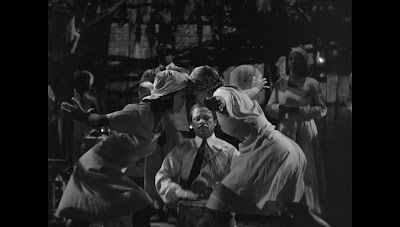 So this is a filler for the time being.

But one necessary to life for me.

Email ThisBlogThis!Share to TwitterShare to FacebookShare to Pinterest
Labels: I Walked with a Zombie, Jacques Tourneur, RKO, Val Lewton