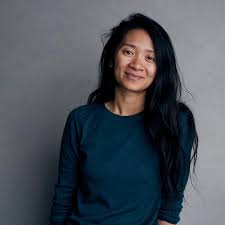 Of course by now everyone reading this should know that Chloe Zhao (pictured above) is only the second woman to win the Oscar as Best Director and that her film Nomadland also won Best Picture.

What many people may not know is that Nomadland was only Zhao's third feature film, the others being the very moving and blissfully beautiful The Rider and this (pictured below), Songs My Brothers Taught Me and that together they make an extraordinary trilogy of films about the American hinterland. 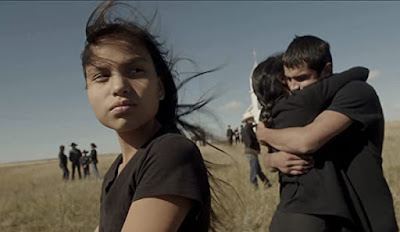 Nomadland had a major star at its centre but for the most part was populated by real people playing variations of themselves and while this is fiction and scripted, Songs My Brothers Taught Me could be a documentary with Zhao again using non-professional actors in major roles.

Visually the obvious influence is Terrence Malick but Zhao's films are uniquely her own and if you watch these films back to back they are unmistakably Zhao's.

Songs did reasonably well on the festival circuit but was obviously never aimed at the mass market. If you haven't seen it, seek it out. Like The Rider and Nomadland it's a gem.