Digitisations and Restorations (5) - News from the National Film & Sound Archive

Restorations are happening here too, on a smaller scale than in the US or in Europe but nevertheless.  In 2015 and 2016  "NFSA Restores" has delivered 2K (and some 4K) restorations of the following titles: 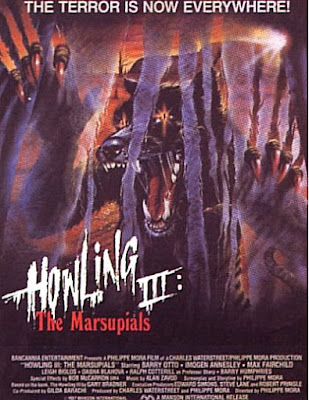 These are proper restorations, from the best available components, for long-term digital migration undertaken in alignment with the practice FIAF recommends, and friends and peers like the Academy Film Archive or Cineteca di Bologna deliver.

Also completed, prior to us branding the program as "NFSA Restores" were Gallipoli (Peter Weir, 1982), Newsfront (Philip Noyce, 1978),and Wrong Side of the Road (Ned Lander, 1981).

We currently have around 10 films in the production pipeline for 2016/17, including full photochemical and digital restorations of three Snowy Baker silents (from original nitrate).

Outside this program NFSA has digitally remastered, and in some cases reconstructed a number of titles, most notably:

Ireland Will Be Free (Bert Cross, 1920),
Featuring a new score and in 2K, presented in Melbourne, Canberra, and Dublin
Screening Details are here

They Used to Call It Sandy Blight (1977)
Scanned from original A/B rolls, in cooperation with the Fred Hollows Foundation.
Available at Youtube

The NFSA still operates a b&w film lab but has significantly upped its capacity for digital work ranging from 2K resolution for-access files to full-blown restorations.

Editor's Note: Time for our adventurous cinema proprietors to begin an Annual Event and showcase everything together. As it is, various films play one or perhaps a couple of film festivals and then that's it. The festivals are of course reluctant to put stuff in that has already been somewhere else. That has made it 'old'. Ridiculous but there you are.
Posted by Film Alert 101 at 05:47