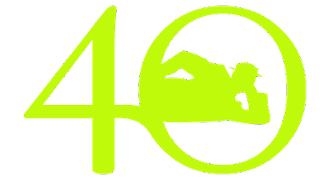 It’s that time of the year again and what Google translate calls “the fesival of dumb films” is on again. It’s kind of agonising to not be there but they are offering the consolation prize - a selection of the offering streamed on line. It works out at about five dollars a movie so it’s something to fill the long hours of shut down and an easy introduction to the whole process of saving those first movies from permanently sliding into the void.
CLICK HERE FOR THE FESTIVAL WEBSITE
First past the post comes the Danish-German-British co-production Jokeren/Der Faschingskönig/Joker from the tail end of the silents, an impeccably made A feature potboiler filmed in Copenhagen and Berlin at a time when Nordisk Film was on the point of selling up.

It’s carnival in Nice - huge parade floats, streets full of revelers in costumes and draped with streamers, a setting we know from the work of the Russian emigré film makers.

After a night of partying in his office (with velvet covered doors), lawyer Australia’s own Miles Mander is woken up with his current flame. Pierrots from the street are pounding on the door to have him come and take down the last deposition of the victim of an (off screen) car crash. The dying man presents Miles with a locket with a picture of titled Renée Héribel and a billfold of her letters. Don’t ask why.

As Miles has just had a visit from a trustee demanding return of his funds which had him gesture putting a pistol to his head, the blackguard sees a golden opportunity for blackmail. Meanwhile Henry Edwards (Elvey’s The Flag Lieutenant) is got up in a Joker outfit to match his reputation as unbeatable at cards. This is convenient because he gets to pluck the heart stitched on his sleeve and present it to the then current Mrs. Jacoby, Elga Brinck when he becomes interested.

She’s the sister of Renée, now Lady Powder, through her marriage to barely recognisable aristocrat the great Gabriel Gabrio (Tourneur’s Au nom de la loi, Pagnol’s Regain) who conveniently is obsessed with avoiding having his family name dragged through the filth.

His interest in Miss Brink has Edwards intervene in the Savoy Hotel card game, where Mander is cleaned out, and arrange to have Renée’s pearls (which the bounder demanded as the price of the locket) lifted from him, in a mix up with costumed players, and dropped in the casino reading room where she can find them when Gabrio notices they are missing.

Miles now sees the stakes raised and demands Elga’s hand to provide him entry to the nobility. Henry’s intervention is halted when henchmen tie him up in the garage but he uses his conveniently pocketed cigarette lighter to burn through the ropes, backs the car through the garage door and frustrates Mander’s schemes, winning Elgar in the process. The torn letters end trampled with fallen streamers.

Director Jacoby’s career stretches from the teens to 1960 including the Emil Jannings Quo Vadis and a string of musicals with his second wife Marika Rökk. The handling is impeccable - constant movement, good choice of angles smoothly edited together. Silent movie miming is at its peak. It takes a while to adjust to Edwards in lip rouge as a smooth man of affairs but the women are charmers and mustache curling Mander get the most out of the heavy role. His career was peaking at this point with him just having directed his own The First Born  script. All this said, The Joker  is unfortunately still a cliché heavy melodrama that even the Drury Lane Audience in whose terms it was conceived would have found creaky.

The restoration was a marvel, sharp and blemish-free with the bulk printed in an agreeable simulation of the amber tint with blue for night exteriors and the familiar cut between them on switching on a light looking as plausible as it ever will. The Pordenone live score was admirable.

Still to come is Wilfred Lukas’ 1920 Australian The Man from Kangaroo, written by Bess Meredyth, later to act in a series of her own and marry Michel Curtiz. This one is quite presentable, an advance on the team’s two year earlier Enemy Within though it does show the backward state of the local industry.

Imported  D W Griffith actor  Lukas (Man’s Genesis, Enoch Arden) manages competent film craft and performances, with appealing heroine Brownie Vernon first found playing with kittens, like Linda Darnell in Mark of Zorro which Meredyth will write, and doing Phiramus and Thisby with reverend-to-be Snowy Baker over the wall dividing their gardens.
Snowy stops the tinies fighting over lollies and teaches them the manly art of fisticuffs (flashback to his triumphs in the ring where he looks quite plausible and giving a diving exhibition in a meter of water). He warns off the business man who happens to be Brownie’s guardian over his running the evil Black Swan pub (which we never see) and so the dastard contrives to have the parents take a dim view of pugilism for kids and get Snowy transferred to the tough district.

There the pug uglies wait behind the street corner to club a passer-by but reject Snowy because clerics never have any dosh, only to find they have to deal with him when they cosh the businessman who follows.

The businessman gratefully has Snowy assigned to the town near his cattle station. This, coincidentally, is next to the property owned by Brownie, who shows up when Snowy sets up services in the main street hall. The anti-wowser nasties are headed by threatening bad hat Wilf. Parson Snowy shuts down, worried for the women and children. What children - the small congregation is mainly ladies in their picture hats with a few weedy blokes at the front?

Another of Sid (Fatty Finn) Nichols’ art titles tells us that disillusioned Snowy has taken up the life of a station hand where he’s told by the black stockman that stolen cattle tracks lead to the adjacent property and that’s the last we hear about rustling. However fearing for Brownie’s safety, our hero vaults into the saddle and rides off to arrive when the low life guardian has decided to force the girl into marriage so that, as his wife, she can’t testify against him.

More action with Snowy follows - lollies all round. Happy end.

Baker’s stunting is showcased effectively, as well staged as the cowboy films of the day and later  - a chase through urban blight includes the jump off the Paddington overpass onto a passing van and then a car, taking command of the running canvas coach which the bad guys have commandeered at gunpoint and leaping off the bridge (dummies falling filmed from a distance). He actually does the drop into the saddle from the verandah roof that they send up in Hearts Of The West. They avoid him having to do any acting.

The fact that this is a transplanted cowboy movie, complete with W.S. Hart style punch up sky pilot, cattle rustlers, stage hold-up and frontier main street (nice establishing shot with the dog barking at the coach wheels) along with the lack of shaded characters removes Man From Kangaroo from serious consideration but it is passable entertainment and easily superior to the work being done around it in Australia.
The Daily Online Schedule
Download the Programme
Posted by Film Alert 101 at 19:09