Editor's Note: MIFF opens a streaming program on August 5 and will be in theatres from 13 August.  Tom Ryan will be casting his eye across a number of titles in coming days. 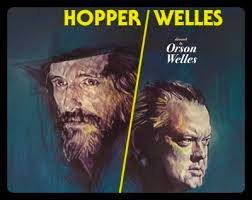 Dennis Hopper, the Man Who Came to Dinner

Who was the real Orson Welles (1915 – 1985)? Who was the real Dennis Hopper (1936 – 2010)? Both men put on quite a show in Hopper/Welles, which was filmed at Welles’s house in Beverly Hills during pre-production for The Other Side of the Wind and constructed, under Welles’s supervision, from hand-held footage originally shot in November, 1970, by Gary Graver and John Willheim. It was exhumed from the vaults and digitally restored last year by producer Filip Jan Rymsza and editor Bob Murawski, who were also responsible for the resurrection of The Other Side of the Wind a couple of years ago.

However, by the end of Hopper/Welles – which is probably better described as a conversation film than as a documentary – we’re unlikely to be much the wiser about who these two actor-filmmakers actually were. While Hopper plays himself, he’s also clearly aware that he’s putting on a performance for the camera and the people around him. 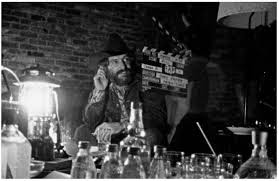 At Welles’s invitation, he’d paused during the post-production for his film, The Last Movie, to visit Welles. Their chat over dinner (the clapperboard calls it “Hopper Nite”) ended up providing material for his cameo in The Other Side of the Wind. For his part, Welles deliberately remains elusive, moving in and out of the character of a Welles surrogate, film director Jake Hannaford, whom an as-yet uncast John Huston eventually played in The Other Side of the Wind. On several occasions, Hopper even addresses him as “Jake”.

Like The Other Side of the Wind, Hopper/Welles is about a meeting between the old and the new, between the been-there-done-that veteran and the radical from the counter-culture, between the old pro who used to be a wunderkind and the newly-anointed wunderkind who is soon to fall from grace (after the reception for The Last Movie spelt the end of the post-Easy Rider celebrations of Hopper as the second coming). That these are roles being knowingly adopted, individuals taking their turn at playing archetypes, is underlined by Welles’/Hannaford’s preoccupation with how Hopper is steering a course across the same Hollywood landscape that he/they had already traversed. 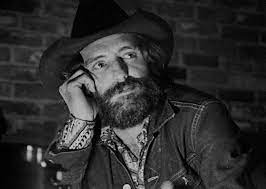 Welles never appears on-screen, the film’s visual attention remaining fixed on Hopper, occasionally taking in a couple sitting on either side of him, Playboy model Janice Pennington and her then-husband Glenn Jacobson, who were both members of the entourage gathered for the planning of The Other Side of the Wind. But Welles is the one choosing the topics and guiding the conversation, probing Hopper about his politics, challenging him about why he’s not more outspoken in his views, and asking him why he thinks that “it’s a very dangerous time to say what you really feel”.

To which Hopper quite reasonably responds, “I’m not Jane Fonda,” adding, “I can say what I want to say in my movies… If you’re a political animal, it’s going to be in your movie.” Bearded, clad in a denim jacket, multi-patterned shirt, cowboy hat and jeans, nibbling at his pasta, downing gin and tonics, Welles’s dinner guest comes across like an amiable outlaw, ready with a laugh, aware of his place in the scheme of things but constantly on edge, a condition encouraged by his host’s playfully cynical probings. Describing the way Hopper comes across, Welles/Hannaford tells him that he’d be ideally suited to play Jesus. To which, after the conversation briefly moves elsewhere, Hopper shrewdly replies, “I’m a little closer to Hamlet than I am to Jesus.” He mightn’t share Welles’ erudition, but he’s no fool.

Hooper/Welles is roughly made. The visual style is of the edgy vérité kind, the film stock is a grainy black-and-white, the sound is uneven (Hopper much better miked than Welles, although sometimes his dialogue is out of sync), the lighting is provided by candles and kerosene lamps, and the talk is sometimes inconsequential at best, bravado babble at worst. However, the shifting registers of the conversation make it constantly fascinating, Hopper’s brow furrowing as he tries to follow a Welles curveball, Welles becoming especially animated when the talk shifts to the nature of “magic”, each man testing himself against the other.

Essentially a portrait of two egos in earnest dialogue, Hopper/Welles ends up a bit like a post-dinner bullshit session, when the food is generally finished with, the plates have been mostly cleared from the table, the booze is still flowing, the log fire and the cigarettes are gradually turning the room into a smoky furnace, everybody’s shooting the breeze, and the half-baked ideas are being devoured like delicious desserts. Meantime, somewhere off-camera and off-mike, the real Orson Welles is quietly laughing to himself.

Both scheduled in-theatre sessions of Hopper/Welles are currently at capacity.