The New Zealand Film Commission today sent out this notice recording the passing on Monday of one of the major figures in the New Zealand Cinema, Geoff Murphy 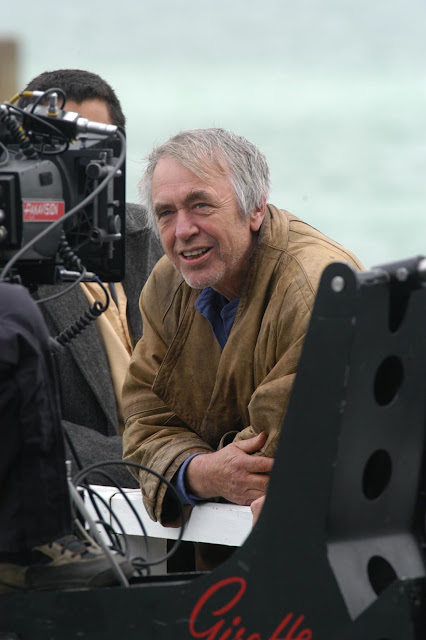 It is with much sadness that the New Zealand Film Commission acknowledges the death of Geoff Murphy on Monday, 3 December 2018 in Wellington.
Geoff was a producer, director and screenwriter who was one of the leading figures in New Zealand cinema’s renaissance of the late 1970s and early 1980s.  In this period he directed Goodbye Pork Pie, Utu and The Quiet Earth, three titles justly considered New Zealand classics.  Goodbye Pork Pie became the first local film to gain blockbuster status at the box office, tapping into the cultural zeitgeist and creating characters that kiwi audiences of the time could recognise and identify with.
Geoff was a founding member of Blerta, the musical and theatrical co-operative that toured New Zealand in the early 70s.  His first feature, Wild Man, was developed and largely improvised by Blerta regulars, including Bruno Lawrence.
After both Utu and The Quiet Earth gained positive international attention, he made another New Zealand road movie, Never Say Die, giving a then-unknown Temuera Morrison his first starring role.
At the end of the 1980s, Geoff worked mainly in the US, directing films like Young Guns II and Under Siege 2 while making meaningful contributions as a second unit director on films like Dantes Peak and Peter Jackson’s Lord of the Rings.
In 2001, Geoff returned home to piece together skits, shorts and musical performances from the Blerta archives to create the documentary Blerta Revisited. He followed this with his first New Zealand feature film in fourteen years: Spooked, a cyber-thriller starring Cliff Curtis.
In 2013 Geoff was honoured with a Lifetime Achievement Award at the Moa New Zealand Film Awards and was named as one of twenty Arts Icons by the Arts Foundation.  In 2014 he was awarded an NZOM in the Queen’s New Year Honours. In 2015 his autobiography, A Life on Film was published by Harper Collins.
Geoff is survived by a family of filmmakers. Our thoughts are with them and Geoff’s friends.