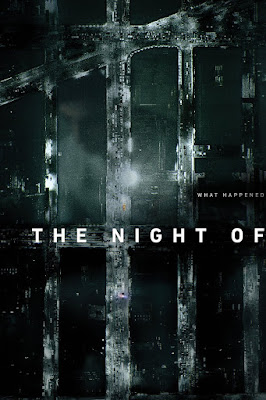 1. The thing that most defended cinephilia in 2016 was television! Crazy Ex-Girlfriend, Horace and Pete, Vinyl, The Americans, Crisis in Six Scenes, Better Call Saul, The Night Of, and – to get beyond the USA for a moment – the grand, apocalyptic finale of the latest Black Mirror series from UK, not forgetting The Kettering Incident, an Australian series that had everything Australian movies usually lack: emotion, melodrama, style, flair, daring.

2. It wasn’t a festival-hopping year for me (hence the TV emphasis above). But lecture invitations took me and my beloved Cristina Álvarez López to two great places and events in Europe: the first was (for the second year in a row) Antwerp, for the famed Summer Film College run by the Belgian Cinematek, devoted this year to the theme of “Staging the Song” (in musicals and beyond), plus a large, worthy tribute to Chantal Akerman. How extraordinary to see La Captive, The Umbrellas of Cherbourg, The Long Day Closes, All That Jazz and more, projected on a big screen to an enthusiastic crowd! (PS – The Belgian Cinematek also released, early in 2016, a DVD box-set that didn’t get the attention or kudos it deserved: Hou Hsiao-hsien – Early Works, which includes three audiovisual essays commissioned from Cristina and me.)

3. The other visit was to the Portuguese Cinemateca in Lisbon. To build a bridge between scholarly conferences and the usual brief introductions at screenings, the Filmoteca now has an admirable series in which someone is invited to present ‘a filmmaker in 5 films’ over the course of a week, taking the time needed to put them in context and discuss them with the audience. I got to present Fritz Lang, lucky me. My contact with the lively, intense cinephile culture of Lisbon also resulted in a selection of 4 contemporary Portuguese films at the Museum of Contemporary Art in Sydney during September, including the delightful, ultra-hip teen movie John From (João Nicolau), and A Woman’s Revenge (2012) by one of the least known of the greatest living directors, Rita Azevedo Gomes.

4. It has become standard behaviour to gripe, at every possible opportunity, about the ‘death of film criticism’, the lack of serious venues for serious talk, the rise of publicity, the endless and indistinguishable Internet drone of information, etc, etc – but I have never seen the situation of criticism that way. When people bemoan the ‘end of the public sphere’, it’s usually just the same old bourgeois lament about the imminent demise of ‘quality’ newspapers, ABC radio/TV, blablabla. But, in my opinion, the good stuff is always out there: you just have to be curious enough to learn where to find it. So, just one hint: recent Film Alert bulletins have kept us up with the latest movement at the Austrian Filmmuseum, where Michael Loebenstein (of the NFSA) has been appointed to replace Alexander Horwath. Let’s hope Mr. Loebenstein keeps up the track record on publications there, because to mark the start and end of 2016 the Filmmuseum gave us, respectively, Ted Fendt’s superb anthology on Danièle Huillet & Jean-Marie Straub, and the English translation of Alain Bergala’s brilliant The Cinema Hypothesis, an essay on ‘pedagogical transmission’ (but it’s racier than that sounds) which every film teacher at any educational level must read.

5. There are many international releases of the year that I haven’t caught up yet with in any format – Arrival has hit Barcelona cinemas, it’s calling me – but here have been some personal highlights: 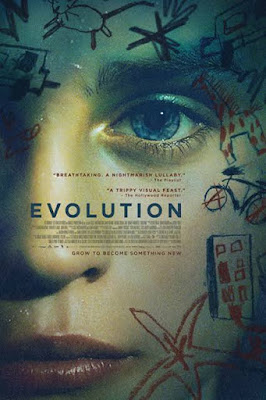 Evolution (Lucile Hadzihalilovic). Another disquieting gem of the ‘cinema of poetry’ from this director. Also caught up with her impressive short, Nectar (2014).

11 Minutes (Jerzy Skolimowski). Such filmmaking energy! This movie is a total blast.

Knight of Cups (Terrence Malick). After the (to me) incoherent To the Wonder, I found this a poignant, expressive, beautifully structured work.

The Neon Demon (Nicolas Winding Refn). It unravelled by the end, but there were some strong sequences, ingenious stylisation, and about a million light years of improvement after Only God Forgives.

45 Years (Andrew Haigh). All proportions kept, this had a touch of Pialat about it. And what great performances from Tom Courtenay and Charlotte Rampling.

The Was (Soda_Jerk). Absolutely hypnotic digital video piece by this Australian sister duo (with soundtrack by The Avalanches), bringing together Charlize Theron in Monster with the skater kids of Larry Clark’s Wassup Rockers, Jean-Luc Godard with Edward Scissorhands, Cheech & Chong with Todd Haynes’ Velvet Goldmine. See it, over and over On this Vimeo link

Editor's Note: My grateful thanks to Adrian for taking the time and trouble to send in this formidable compendium of cinephile activity in the past year. Adrian's latest book is now on sale. 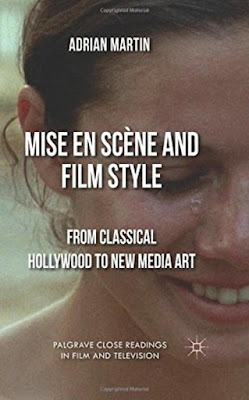 Contributions to this series are welcome throughout December and the holiday season. Send them to filmalert101@gmail.com