AFTRS – has the national film school become a TAFE? 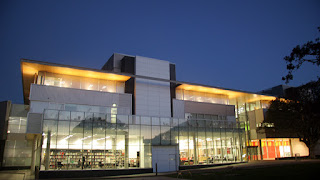 During its first 30 years from 1973 to 2002, the Australian Film Television and Radio School produced 70 graduates who have directed 204 feature films. A complete list is included below.

For an industry as small as ours, it’s impressive.  AFTRS is about more than training directors, but much like the acting students at NIDA, the graduates who direct feature films attract the attention and their skills are arguably the most significant drivers in the film industry.

The roll call of leading directors from this period includes:

The new School
Following this first 30 years, the educational remit of AFTRS to produce feature film directors has gone into catastrophic decline. Between 2003 and 2012, only three graduates have directed four feature films and the last of those graduated from the “old” School 10 years ago in 2005.

What happened?
Eight years ago, AFTRS moved from North Ryde to Moore Park and the new CEO Sandra Levy and her Council set about overhauling the School’s curriculum, the intake and its educational philosophy.

The existing Master of Arts and M.A (Honours) programs were scrapped in favour of Graduate Diplomas, Graduate Certificates and a Foundation Year; the student intake was tripled; and the educational philosophy moved from the immersive specialisation model favoured by national film schools around the world into something more akin to a very expensive TAFE.

I asked the staff three questions:

·         if you could start from scratch, what would your ideal film school look like?

·         how could we take into account the technological and industry changes likely to take place in the next ten years?

·         in the light of the plethora of short films being made, how can the School differentiate itself in the future?

·         what did they value from their time at the School, what would they change, what problems did they see?

I also talked to the industry and wanted to know what the industry as a whole thought of AFTRS and what suggestions they could make to give us the chance to be better, to be more relevant and effective.

I was aware that some of the industry criticisms of the School were that it was elitist and was making films that were a triumph of style over substance. I wanted to see how we could change this perception. It was a chance to re-present the School with a new building, new courses, new attitudes and new values which would hopefully see a great flowering and blossoming of talent. That was the master plan.

Old School awards
Over the first 30 years at the old AFTRS there was, to borrow a phrase, a “great flowering and blossoming of talent”.

Despite the perceived “triumph of style over substance”, three student films were nominated for Academy Awards. Student films have won over 300 local and international awards.

Mission becomes Purpose
As previously reported in a widely circulated post on this blog, AFTRS was initially established to provide elite training for a very small burgeoning Australian Film Industry. In its 2002/03 Annual Report the Mission of the School was “to develop the skills of students and industry practitioners to the highest creative and technical standards to promote innovation and excellence of production in Australian’s film, television, radio and new media industries”.

By 2014/15 the Mission had become a “Purpose”: “AFTRS’ purpose is to provide specialist education and training to advance the skills and knowledge of talented individuals to meet the evolving needs of Australia’s screen arts and broadcast industries.

No longer are words such as “excellence”, “highest” or “creative” part of the School’s “Purpose”. Rather, providing “specialist education and training to advance the skills and knowledge of talented individuals” might fit well with a TAFE mission statement.

Paradoxically, vastly increased numbers of students are being trained in film and television but are making fewer student films. This cannot produce the quality of education AFTRS was initially set up to provide.

A new Bachelor of Arts qualification being introduced  in 2016 may be a sign the School Council is finally concerned about the drastic TAFE-like new School, but it may be too little too late.

The Old School model
National film schools choose the small intake/ high intensity model for a reason. They want a continuous supply of “industry-ready” practitioners to feed their film industries. The expectation is that these practitioners will contribute at the quality end of film-making.

Two other distinct advantages of the small intake/ high intensity AFTRS model of the first 30 years are missing from the new TAFE-like model. Students formed invaluable life-long friendships with students from other specialisations and this was carried forward into their professional working lives.

Secondly, the flexibility of the high intensity/small intake model of the past allowed students from disciplines other than Directing to pitch ideas and direct films during their time at AFTRS. Cinematography students Kriv Stenders, David Caesar, Alex Proyas and Scriptwriting students Rowan Woods, PJ Hogan and Peter Duncan all directed while at AFTRS and have directed 34 feature films since.

Indigenous
Another significant marker of the differences between the old and new AFTRS can be found in the approach to Indigenous training. On the AFTRS website under “AFTRS Indigenous Award Course Alumni” there are 56* graduates in film and television listed, yet only seven have graduated since 2005. The remaining 49 are all from the old School and specifically from the period 1993 to 2005. They include the Indigenous directors who have made feature films - Ivan Sen, Rachel Perkins, Warwick Thornton, Beck Cole and Catriona McKenzie, a total of 10 feature films between them. No Indigenous feature film directors have graduated from AFTRS since 2001.

*Although listed as an Alumnus there is no record of Wayne Blair, director of The Sapphires, 2012, graduating from AFTRS. Blair was the recipient of the AV Myer Indigenous Fellowship in 2006. Darren Dale, currently Deputy Chair of the AFTRS Council and recipient of an Honorary Degree is also excluded.

The Questions
The old School is gone and with it the industry-ready graduates who would make their mark both here and overseas. It’s to be hoped those unnamed industry professionals, AFTRS staff and graduates consulted for the new School are happy with the result. Many others aren’t and feel it’s only a matter of time before Canberra looks at this very expensive outlay for so little result.

Why did the School Council - under three Chairs over the past 8 years - decide to re-invent the wheel or fix something that wasn’t broken?

It remains a mystery. The record shows the old model worked extremely well despite what some might feel about elitism. And now that the dreaded elitism has gone, just what is AFTRS doing?

·         Why was the successful small intake/high intensity model abandoned for a model that doesn’t produce feature film directors?

This is a complete listing of AFTRS graduates who have directed feature films. Like all data quoted here the information comes from the AFTRS website. The data stops at 2012.