A selection of relatively new films thus leaving out a number of masterpieces, seen for the first time, by Duvivier, Shimizu and others made up to eight decades ago. The Best also ignores the best of TV drama some new, much old. More about that later.

99 Homes (Rahmin Bahrani, USA, 2015)
The most interesting ‘young’ director in the USA today and one slowly assembling a remarkably gentle, affecting but incisive critique of American capitalism and the people on the bottom who keep the balls in the air for the wealthy.

Alice in Earnestland (Ahn Goocjin, South Korea, 2015)
Ferocious Korean satire from first time director. Buried away in a local vanity event/ Korean film festival where nobody saw it. Why do they bother. 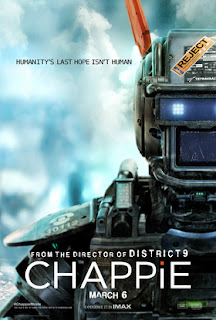 Inherent Vice (Paul Thomas Anderson, USA, 2014)
The most interesting of modern American directors and the most cinephiliac as well.

Leviathan (Andrey Zvyagintsev, Russia, 2014)
As I said in an incredibly widely read post about the film and the director  “(it’s about) two galleries of crooks, thieves, corrupt officials, layabouts and opportunists. The amount of vodka they consume is prodigious and everybody smokes incessantly. You can understand why Russian average life expectancy has fallen into the sixties. These galleries are presented with a quietude that belies the stupendous sense of close to the surface violence that infects virtually every scene, even those involving what otherwise might seem to be simple family pleasures.”

Love the Coopers (Jessie Nelson, USA, 2015)
The ghost of Preston Sturges hovers over the best comedy of the year.

Man on High Heels (Jiang Jin, South Korea, 2014)
Gender transition meets police procedural in yet another fine movie by Korea’s man of all genres, an unsung craftsman who turns out comedies and dramas with thee alacrity of a Curtiz.

A Most Violent Year (J C Fandor, USA, 2014)
There has to be a place for the best American crime movie of the year. Oscar Isaac’s performance the first of several this year by the actor (Ex Machina, Star Wars: The Force Awakens) that foreshadow a star being born. Now to somehow see the actor in the new David Simon/HBO series Show Me a Hero.

Our Little Sister (Hirokazu Kore-eda, Japan, 2015)
The greatest of the cinema’s modern day humanists, the Renoir for our age. Packs more living sentiment into a single movie than others of similar attempted disposition do in a dozen.

Sicario (Denis Villeneuve, USA, 2015)
An unnerving story of rampant bad behaviour by those supposedly devoted to protecting the community. Told from a feminine viewpoint wherein the observer is alternately appalled and thrilled at the baseness of law enforcement at the criminal edge.

The Silences (Margot Nash, Australia, 2015)
Appreciated by myself and Stephen Gaunson, perhaps the best Australian movie of the year notwithstanding Mad Max Fury Road.

Talvar (Meghna Gulzar, India, 2015)
The police procedural of the year turns out to be made by a relatively inexperienced young woman director who dissects an Indian travesty of justice with forensic skill. Immeasurably aided by another magnificent performance by Irrfan Khan as the cop who has to deal with both idiocy and corruption.

Taxi ( aka Tehran Taxi), Jafar Panahi, Iran, 2015)
Adversity produces its rewards as Panahi again works his way through the system of state repression to bring us another cheery tale of life where street smarts triumph over dogma and a lumberingly incompetent state security apparatus.Fear the worst however.


While I base this on very limited viewing Kashyup may well be the best director working in India, a master of all genres and a grand hand with enigma as well as with action. His new film this year,  Bombay Velvet had some superb moments as well as it recreated a colour saturated past ina manner reminiscent of early Wong Kar Wai.

For the statisticians. Three of the above were directed by women.
Posted by Film Alert 101 at 19:30