Recently, I told an old friend I had finally purchased Criterion’s Blu-ray box set of The Complete Monterey Pop Festival, nearly seven years after its release or 14 years since the initial DVD release.
“Ahh…” he said, “I remember Monterey Pop. I wrote a very unfavourable review of it back in the day…who was that woman that just went on shrieking and shrieking?”
“You mean Janis Joplin?”
“That’s her! All I could think was get this woman off the stage! Just dreadful.”
The exchange left me to wonder what other surprising opinions my friend of 40 years might one day utter. My father once referred to Bob Dylan’s voice as sounding “like a dingo caught in a fence”. But that was my father. I expected that sort of thing from him.
If you’re still reading this, you probably saw Monterey Pop (1968) decades ago. I doubt that it gets many new viewers these days. So what makes the “Complete” version complete? First up, it’s not complete. Performances are missing from Johnny Rivers, The Paupers, Lou Rawls, Beverly, The Steve Miller Band, Moby Grape, The Group With No Name and The Grateful Dead. The latter might be the biggest loss as Michael Lydon in Newsweek wrote of their set at Monterey: “I have never heard anything in music that could be said to be qualitatively better than the performance of The Grateful Dead.” For their part, The Dead apparently decided D.A. Pennebaker’s documentary of the world’s first rock festival was “too commercial” for their taste.
As expected, the image quality on the two Criterion Blu-rays is impressive, but it’s the quality of the sound that excels. Mastered from Eddie Kramer’s 8-track recordings, two or three options (Original uncompressed PCM Stereo; Remixed uncompressed PCM Stereo; Remixed DTS-HD Master 5.1) are offered across the two Blu-ray discs.
The stellar inclusion is two hours of performances (The Outtakes) not included in the original film.
A band I’ve never heard of, The Association, opened the three-day festival. Dressed like bank clerks, introducing themselves like a proto Kraftwerk they perform “Along Comes Mary” with Frank Zappa-like flourishes. A couple of Simon and Garfunkel songs (“Homeward Bound”, “The Sounds of Silence”) are impeccably delivered by the folkies; Country Joe and The Fish play some more of their odd acid rock; Al Kooper (“Wake Me, Shake Me”) is close to magnificent; The Paul Butterfield Blues Band (“Driftin’ Blues”) sound better than I’ve ever heard them and the less said about Quicksilver Messenger Service the better.
The line-up for Mike Bloomfield’s raucous The Electric Flag (“Drinkin’Wine”) gave their first and last performance at Monterey; The Byrds manage Dylan’s “Chimes of Freedom” quite well, but struggle with the rest of their set; Laura Nyro’s competent jazz vocals seem out of place and The Jefferson Airplane, as expected, storm through “Somebody to Love”. 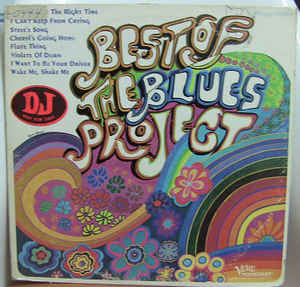 The stand-out inclusion in these Outtakes is The Blues Project (“The Flute Thing”) delivering some remarkable flute-led jazz-rock fusion, often reminiscent of European Medieval music. Buffalo Springfield is lacklustre with “For What It’s Worth” but The Who, in the their first ever American appearance, rip through “Substitute”, “Summertime Blues” and an exceptional “A Quick One While He’s Away”. Six songs are added from The Mamas and The Papas, including a guest spot from Scott McKenzie (“San Francisco”). Mama Cass even provides some stand-up comedy lines. Rounding out these two hours of outtakes are four pitch perfect songs from Tiny Tim in the Festival’s Green Room, filmed only with illumination from a cigarette lighter. I’d watch Tiny Tim in the dark.


On a separate disc are twenty minutes of Otis Redding and the complete set from The Jimi Hendrix Experience. The full Newsweek article by Michael Lydon, written a day after the Festival’s end, is included and doesn’t hold back on bagging the musicians. Hugh Masekela’s trumpet playing is described as “only slightly better than his voice” and Johnny Rivers is “dressed like an L.A. hippie, who had the gall to sing The Beatles ‘Help’ twice”. Lydon’s piece is also informative – Ravi Shankar’s set lasted a mammoth three hours. And the Board of Governors for the Festival? Mick Jagger, Paul Simon, John Phillips, Smokey Robinson, Brian Wilson and Paul McCartney. Who knew?
Posted by Film Alert 101 at 16:39